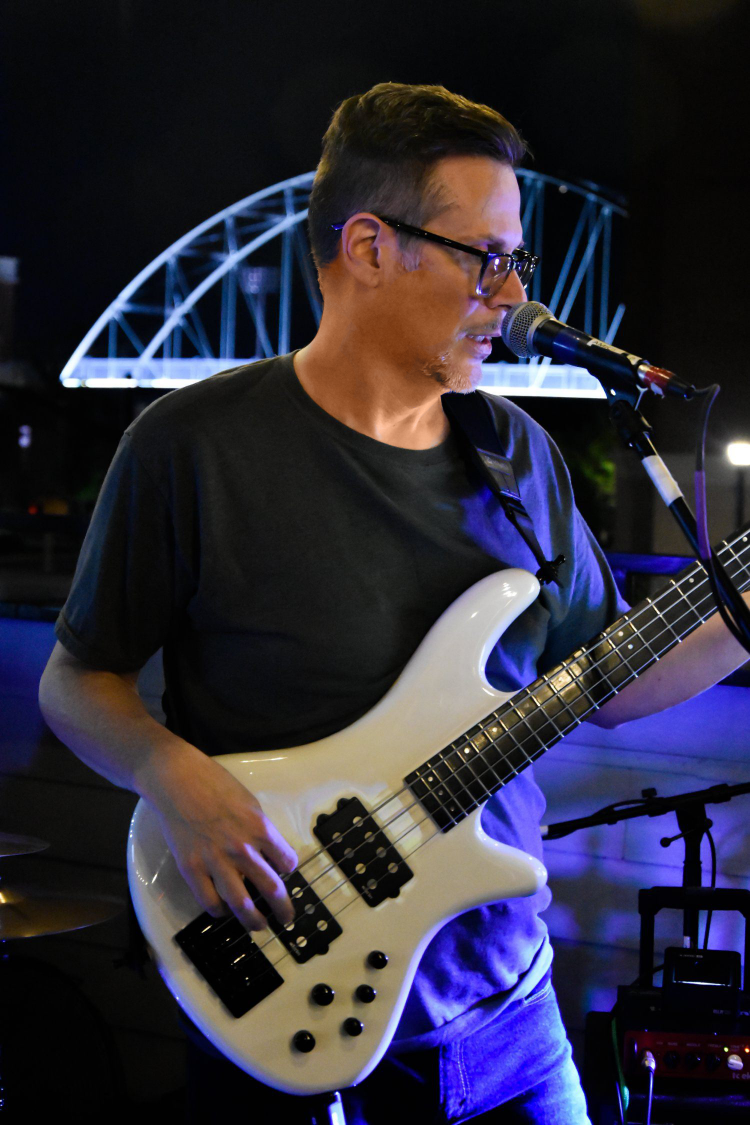 Alec Brindell has been playing bass for 27 years. He began his musical career in high school where he played the trumpet and trombone. He also played in the high school and college jazz bands.

Since then he has played bass in local bands and including styles such as Classic Rock, Hard Rock, Southern Rock, Chicago Blues, Country, Bossa Nova and Jazz. He recorded with the Honeyboy Turner Blues Band on two of their albums. He also recorded with the Dead Flat Cats on the compilation album “Great Balls of Athens” and with Blu Voodoo & the Witch Doctor Brass  on the “BV EP”.

While living in Lincoln, Nebraska he occasionally filled the bass chair for the Honeyboy Turner Band. He is currently the bass player for Harvey Brindell & The Tablerockers when they are playing in Georgia and has traveled to Portland, Oregon to play gigs with them.

Because of his experience playing various styles, Alec is known for his unique, articulate style of playing bass. Alec also steps up to the microphone to sing on occasion.